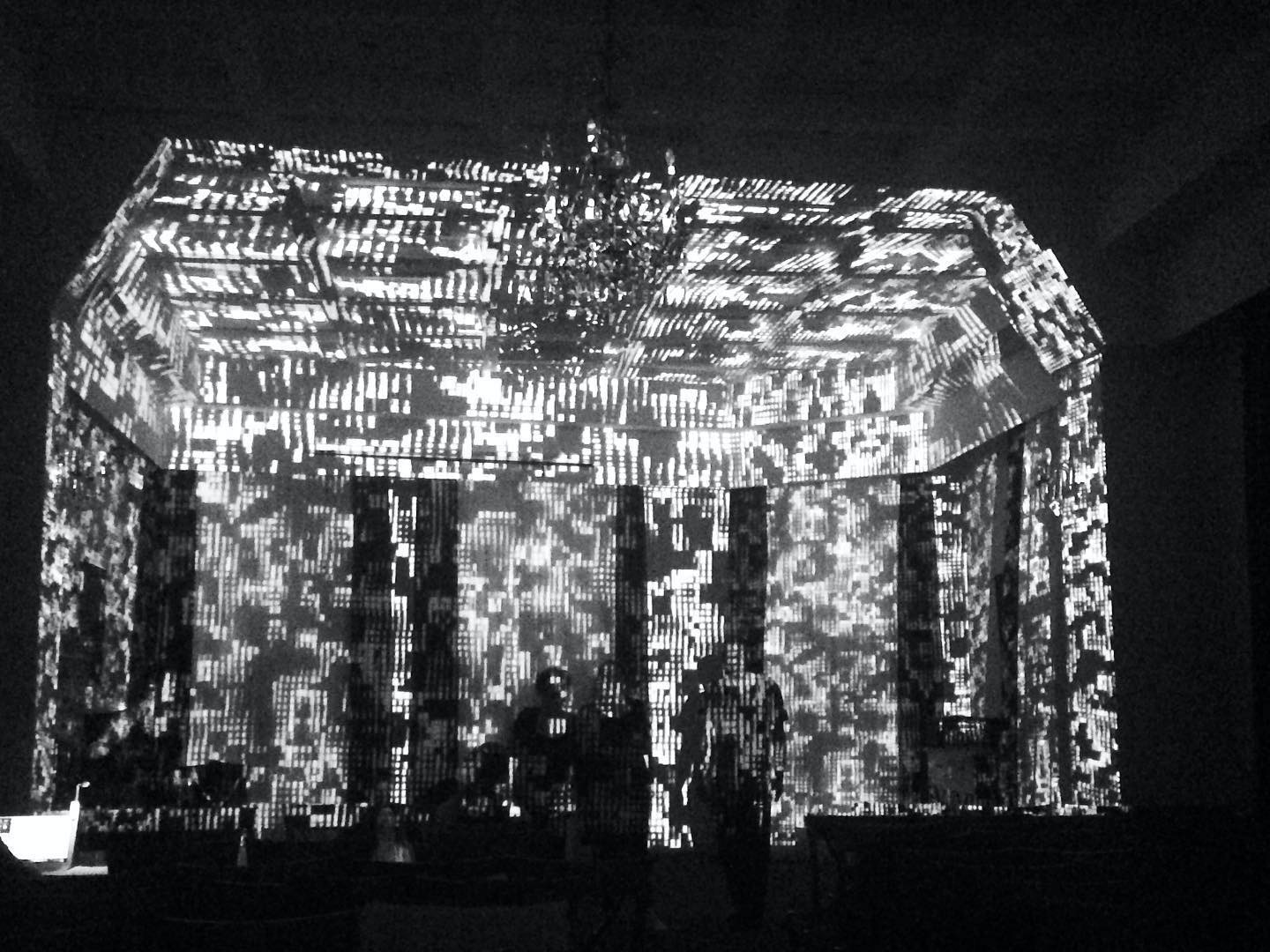 How we speak to each other? How do we communicate? Which are the parameters of commonality that define/permit/tolerate our communication? Can we challenge the homogeneity of phonological, morphological and syntactic structures that define a communication? Can we share feelings and opinions, by blending languages, dimensions, vibrations and silences? Can we create a dialogue? What is the starting point of a dialogue and where does it end? Does a dialogue begin at the mutual point of agreement? Is there a placeholder for a beginning? Μηδέν.

Blending the dimension of physical presence with the co-habited formed space of digital existence, Μηδέν (Miden) is an investigational endeavour to communicate. Attempting to express thoughts and feelings through as sequential improvised performance, a team of human interlocutors, set within digital frames, will be utilising space, sound, body, motion, words and shapes, exploring the possibility of a hybrid dialectic.

Korina Zaromytidou is an architect, academic, researcher and painter. Born in Greece and based in London. Though her work, Korina, tries to explore the nature of objectives, the role/agency of architecture within the overall context of humanity, and the amalgamation of existing/new/imaginary dimensions (interpretation, representation, realisation, symbiosis). Through teaching and research she explores the circumferential formation of humanistic assumptions, aspirations, and perceptions with/or in absence of technological factors such as AI, AG, and VR.

NoYo studio is a creative studio that is studying the effect of light In space and is trying to create space with light. Based in Athens, Greece and created by Anastasis Yiannakakis in 2016.

mononome is a musician/producer hailing from and based in Northern Greece. Using mixed techniques he constructs Instrumental Hip Hop / Downtempo soundscapes which are interactively delivered during his live sets, depicting a unique approach to every show as if it is a blank canvas.

Billa Qause, born and raised in Athens, is part of the underground Hip Hop / Trip Hop scene since 1997. Influenced by Hip Hop, Soul, Jazz, Funk and many other kinds of music he uses elements of those to create his own music. Instrumental hip hop and trip hop tunes are being “cooked” alongside mystical melodies, ethereal voices and soulful chords all tied up with smooth bass lines and steady rhythm sections.

Plotinos Eliades is a professional dancer and choreographer based in Athens. He is the creator of movement technique, namely “Speed the Spiral”. He is fascinated by spirals.

Lida Varvarousi is an artist, author, illustrator and performer. Painttellings, are her performances about connection, feelings, inspiration, fantasy and emotions so to bring stories to life through art.