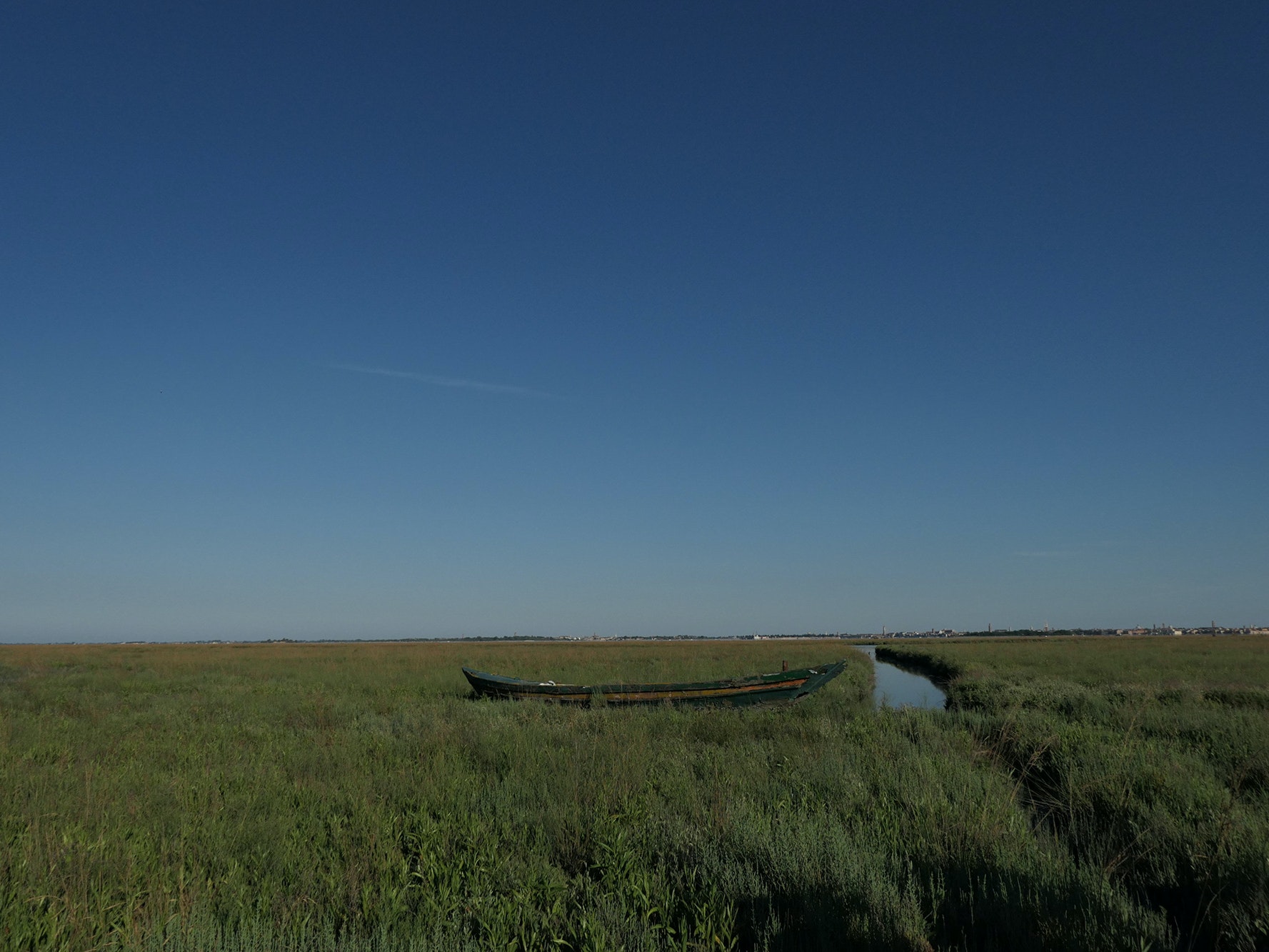 Bringing Water to Venice is a sonic exploration of submerged soundscapes.Through interviews, hydrophone and field recordings, we (Heather Contant and Ifor Duncan) encounter two forms of watery interaction afloat the Venice lagoon: first, the historic labour of rowing fresh drinking water from the river Brenta to the city of Venice, and second, the submerged choruses and vocalisations of fish species within the lagoon.

The historian Marin Sanudo (1466–1536) writes, “Venezia è in acqua ma non ha acqua" (Venice is surrounded by water but has no water). Early Venetians turned to the surrounding rivers, including the Brenta, to quench their thirst. It thus became necessary to bring water to Venice. Tradesmen from a special guild, the ‘acquaroli,’ rowed to and from the river to import barrels of fresh water, which they sold or poured into the city’s ‘pozzi’ (wells or cisterns) during times of drought. We discuss these practices with historian David Gentilcore and mix this narrative of the past with recordings of the wells and the subaqueous sounds produced by traditional Venetian ‘voga’ (rowing). By shifting perspectives above and below the surface of the lagoon, we re-present the historical relay of fresh potable ‘acqua dolce’ (sweet water) from one water body to another.

In the second half we interview zoologist Stefano Malavasi and hear the vocalisations of fish species residing in the lagoon. Malavasi discusses the value of silence, corridors of connection, and information communicated by different fish species. In particular, we focus on groups of male Brown Meagre (Sciaena umbra), which produce a chorus to attract females to nesting sites in inlets such as at Malamocco. Elsewhere, in the tidal canals of Venice and amongst the algae of Forte Marghera the Goby and Killifish vocalise to their partners during courtship and spawning.

Bringing Water to Venice thus explores the different relayed interactions within and through water, asking not only how water is itself transported but also how, in often unexpected ways, other species build community within the lagoon.

We acknowledge Professor David Gentilcore for sharing his knowledge of the freshwater water occupations of Venice and Professor Stefano Malavasi for his detailed extrapolation of the behaviour of some of Venice’s smallest fish. We also acknowledge his generosity and that of his colleagues and collaborators (in particular Marta Picciulin) for sharing with us their precious recordings of fish vocalisations and for permitting us to work with them in a new context. We also acknowledge the dedication of Carlo and Nicoló, Guenda and everyone at ASD Gloria Rogliani, Venezia, who work so hard to preserve the voga tradition.'